Whether you are curious about watercolor painting or would like to hone the skills you already have, you can explore the soft flow of watercolor in this class. In each class, a new painting and watercolor technique will be taught using a new image. Participants will learn how to paint the image through a demonstration and will be introduced to color theory, various mixing and glazing techniques, composition, and assorted subject matter. It is recommended that participants have some experience with representational drawing.

We offer Watercolor on two different days, Tuesday and Wednesday, both held from 1:00 - 3:00 pm.  Tuesday class is geared toward Beginners or anyone new to Gary Brooks classes.  Wednesday class is for Advanced and for those that have been coming for awhile.

Classes are six-week sessions at ArtsConnect Springfield Township Arts Center, 9158 Winton Rd, Building A, the building behind the fire station.

No class week of Thanksgiving. 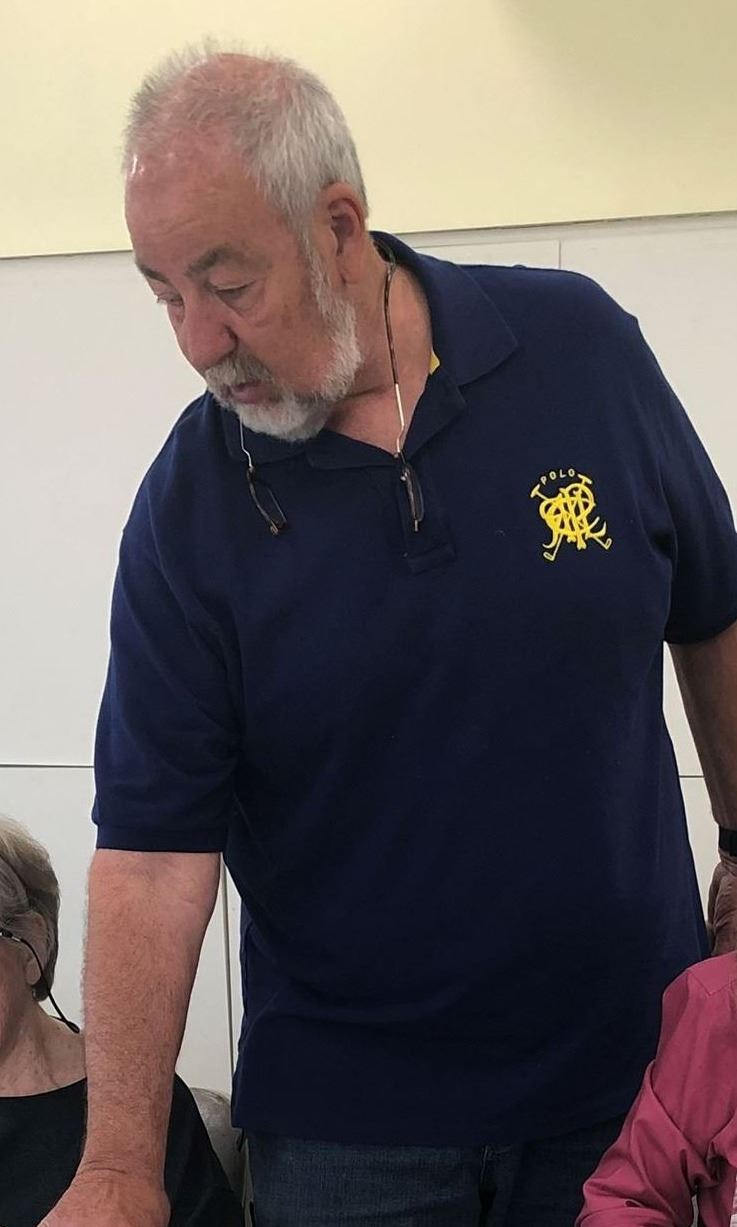 Gary Brooks was born and lives in Amelia, Ohio, east of Cincinnati. Brooks began formal art training at Kent State University but finished at the University of Cincinnati where he earned both a B.F.A. in painting and a M.A. in Art Education.  While at UC, he began painting exclusively with watercolor under the guidance of Bob Fabe and  Phil Tucker.

After private tutoring from Gary Akers (AWS), Brooks began painting sharp focus watercolors and egg tempera.  He's continued watercolor studies with Terry Armstrong, Alan Shuptrine, and Laurin McCracken (AWS, NWS).  Gary is a signature member of both the Ohio and Kentucky Watercolor Societies, and an associate member of the National Association of Painters in Casein and Acrylic, Ohio state representative for the International Watercolor Society, and a member of the Greater Cincinnati Watercolor Society.  Brooks is also featured on "painting with the Master," a cable access program on public broadcasting and is a frequent presenter at schools and businesses throughout the tristate.

Brooks' watercolors and egg tempera paintings can be found in multiple private and corporate collections throughout the Midwest and at www.garybrooksart.com. Gary teaches the Watercolor Class for ArtsConnect.

A minimum of four students must be enrolled for the session prior to the stated deadline for the class to take place (maximum 13 students). The Springfield Township Senior and Community Arts Center follows Finneytown School District inclement weather closings. To verify closings, call 513-522-2108.

Due to costs incurred in planning for art classes, full refunds will only be issued when the Arts Council cancels the class. Class cancellations made within 10 business days of the class start date are eligible for a refund, minus a $5 administration fee per student. Refunds will be made by check, not to a credit card. To notify us of a cancellation, please send an email to artsinfo@springfieldtwp.org.

Checks are payable to ArtsConnect and can be mailed to 9150 Winton Road, Cincinnati, Ohio 45231